Limitation Periods for a Wrongful Dismissal Action in Ontario 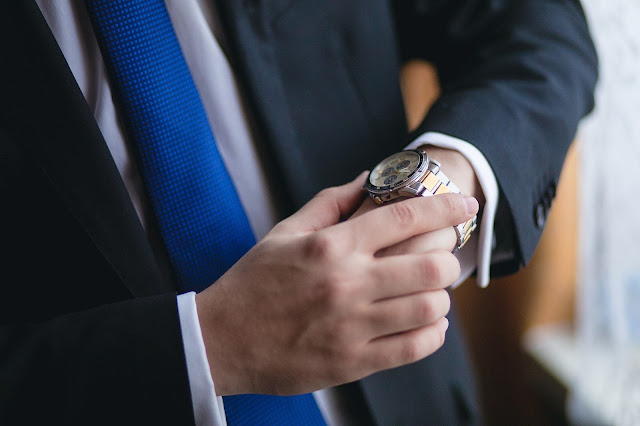 How long do you have to start a case for wrongful dismissal in Ontario? Perhaps more importantly, when does the limitation period begin to run for a wrongful dismissal action – at the time notice of termination is received or on the last day worked?

That second question, when does the limitation period begin to run , was answered by the Honourable Justice Kirk W. Munroe of the Ontario Superior Court of Justice in the case of Bailey v Milo-Food & Agricultural Infrastructure & Services Inc., 2017 ONSC 1789 (CanLII).

The decision was rendered following the defendant employer’s motion to dismiss the claim. The defendant employer had argued that the plaintiff employee’s claim for wrongful dismissal damages had been issued after the applicable statute of limitations had expired.

Specifically, on March 18, 2013, the plaintiff was provided with 24 months’ notice of the termination of his employment. His employment was, in fact, terminated on March 22, 2015.

Mr. Bailey did not issue his statement of claim until December 21, 2015. He claimed both wrongful dismissal damages and statutory severance.

[44] The leading case in Ontario on the commencement of the limitation period in a wrongful dismissal action is Jones v. Friedman, 2006 CanLII 580 (ON CA) (“Jones (CA)”). In that decision, the Ontario Court of Appeal held at para. 4 as follows:

[45] The court agreed with the motion judge that the limitation period commenced on the notice date and, as support, pointed to the plaintiff’s statement of claim, which pleaded the notice date as the date of dismissal: see Jones (CA), at para. 11.

[48] The Stewart and Goodwin decisions reached opposite conclusions. In Stewart the court held that the cause of action arose with the letter of termination, thereby making that case statute barred. The court in Goodwin disagreed, holding that the limitation period began on the date the employment terminated and not on the notification date, noting that the Board could always rescind the termination up to the date it took effect.

A cause of action has accrued and, hence, a limitation period starts to run when all of the elements of a wrong exist, such that an action can be brought. [citation omitted]

Actions for breach of contract … accrue upon the breach, and do not require proof of damage. When a plaintiff’s cause of action arises from breach of contract, it is generally not too difficult to ascertain the starting point for a limitations period as the question of damage does not enter into the formula. Once a competent plaintiff and defendant have been identified and a breach of contract has occurred, time will start to run.

[52] Horkins J. concluded that the limitation period commenced on the date of the notice, when the employment was terminated. The elements of the wrong existed on that day: see Jones (SC), at para. 16.

[53] Later cases have considered the issue. None has concluded that the limitation period begins to run from the last day of employment as opposed to when the notice of termination was given.

[54] In Kirkland v. Lohmann Tierzucht Canada Ltd., 2007 CanLII 19422 (ON SC), Matheson J. quoted both Jones (CA) and David Harris’ loose-leaf volume, Wrongful Dismissal, loose-leaf, vol. 3 (Toronto: Thompson Canada Ltd.), for the proposition that the limitation period begins when the employer gives the employee notice of dismissal, even if the actual termination date is in the future: see Kirkland, at paras. 12-13.

[55] In Dixon v. Hanning House Ltd., 2007 CanLII 54954 (ON SC), Gordon J. agreed with Horkins J. in Jones (SC) that “the limitation period commences on the day notice of termination is provided, not the last day the employee worked,” on the principle that the cause of action arose on the notice date: see Dixon, at paras. 16 & 21.

Wrongful dismissal, in my view, raises a particularly difficult issue in the limitation context since it is not a dismissal per se that is actionable but rather dismissal without reasonable notice or salary in lieu of such notice, that is actionable. Accordingly, the limitation period for an action for wrongful dismissal does not necessarily run from the date of actual dismissal. It is activated when the cause of action is discovered – that is, the date that the terminated employee knew or ought to have known that he was discharged without cause and without notice or pay in lieu of notice and that a proceeding would be an appropriate way to get redress.

[57] The case of Zawislak v. Siemens Canada Ltd., 2012 ONSC 1043, dealt with a Rule 20 summary judgment motion to dismiss the plaintiff’s wrongful dismissal claim as being statute barred. In that case, Baltman J. found that “in wrongful dismissal actions, a claim is ‘discovered’ when the employee is given notice of his termination: [citing Jones (CA)]”: see Zawislak, at para. 25. For the notice to commence the limitation period, however, the notice must be clear and unambiguous: see Zawislak, at para. 26, citing Ahmad v. Procter & Gamble Inc., 1991 CanLII 7225 (ON CA).

[58] Treatise opinions reach the same conclusion. In Wrongful Dismissal, at p. 10-32.1, David Harris cites the Court of Appeal’s decision in Jones for the proposition that “[i]n cases of outright dismissal, the limitation clock begins ticking when the employer gives the employee notice of dismissal. This is so even if the actual termination date is in the future.” In The Law on Limitations, 3d ed. (Toronto: LexisNexus Canada, 2016), at p. 316, Justice Graeme Mew cites Jones (CA) for the proposition that “[t]he limitation period commences on the day notice of termination is provided, not the last day the employee worked or was paid.”

[67] The issue to be addressed is straightforward: When does the limitation period begin to run for this wrongful dismissal action – at the time notice of termination was received or on the last day worked?

[68] The parties are in agreement that a two-year limitation period governs, that notice of termination was received by the plaintiff on March 18, 2013, and that the plaintiff’s last day of employment was March 22, 2015. The parties also agree on the key legal issue to be decided: whether the limitation period commenced on the notice date or on the last day of work? My ruling does not depend on the resolution of any factual issue. Thus, a motion to strike in these circumstances, pursuant to r. 21.01(1)(a), is appropriate because it seeks a determination of a question of law that will dispose of all or part of the action.

[69] As reviewed above, the weight of authority holds that the limitation period in a wrongful dismissal case commences on the date of notice of termination, even when the actual end of employment is in the future. Indeed, that is the holding in Jones (CA), which is binding on this court.

With respect to the claim for statutory severance, Justice Munroe’s reasoning was as follows:

[74] I have considered but disagree with the plaintiff’s position that s. 65(1) of the Employment Standards Act indicates the severance date should be at the end of work. Section 65(1) is the calculation section, not the entitlement section. Entitlement is by reason of severance per s. 64(1) and severance is by dismissal per s. 63(1). f

[75] In sum, I find that the wrongful dismissal and severance pay claims arose on March 18, 2013, when the notice of termination was received by Mr. Bailey. The applicable limitation period commenced on this date. Because the statement of claim was filed after the expiry of the limitation period, the claims of wrongful dismissal and severance pay are statute-barred.

Both claims were dismissed, although the Plaintiff’s claims for other forms of relief were permitted to continue.

While some may quarrel with the correctness of the decision that a dismissed employee “discovers” that the amount of reasonable notice provided will be insufficient on the day on which notice of termination is provided, such is both the state of the law and a correct approach.

For those wondering why some might disagree with such an approach, recall that the purpose of notice of termination is to enable a dismissed employee to find new employment at no economic loss; it is why we measure reasonable notice in units of time. The most common complaint I receive from suddenly unemployed employees is that they do not know how long it will take them to find new work – what if it takes longer than the amount of notice offered by the employer? That’s a fair question. How does one know how long it will take to find new work until one actually does? The problem is that “reasonable notice” does not address the question of how long it will take to find new work; it answers the question how long it should take the dismissed employee to find new work. In that respect, one can know whether the quantum of “reasonable notice” is sufficient at the time notice is provided. (But see the full comments of Mr. Justice Romain Pitt in Webster v. Almore Trading, 2010 ONSC 3854 (CanLII), about which I blogged in my post How Much Time Do You Have to Start a Lawsuit for Wrongful Dismissal in Ontario? Although Justice Munroe cited much of paragraph 12 of Justice Pitt’s reasons for decision in that case, His Honour omitted the final sentence, which reads, “The date of discovery may be later than the date of dismissal.”)

As to the decision on severance pay, I must respectfully disagree with Justice Munroe.

First, section 65 of the ESA prescribes the amount of severance pay to be paid to the dismissed employee. The calculation of the amount is with reference to the number of months and years of employment the employee has completed. Until the employee completes the notice period, the employment relationship has not been severed and such payment does not become due. That argument is bolstered by both subsection 65(4), which speaks to what happens if notice of termination is not provided, and subsection 11(5) of the ESA, which provides as follows:

If an employee’s employment ends, the employer shall pay any wages [including severance pay] to which the employee is entitled to the employee not later than the later of,

(a) seven days after the employment ends; and

(b) the day that would have been the employee’s next pay day.

The severance payment was not due until at least seven days after the employment ended. An employee will not know that his employer has failed, neglected, or refused to make such a payment until a week following termination. In this respect, if I was acting for the dismissed employee, I would argument that a dismissed employee has two years from the day that is the later of seven days after the employment ends and the day that would have been the employee’s next pay day to commence any claim for unpaid severance.

The takeaway for employees with labour pains is that it is important to know how much time you have to start your case. There are deadlines that must be observed and that deadlines can be confusing.