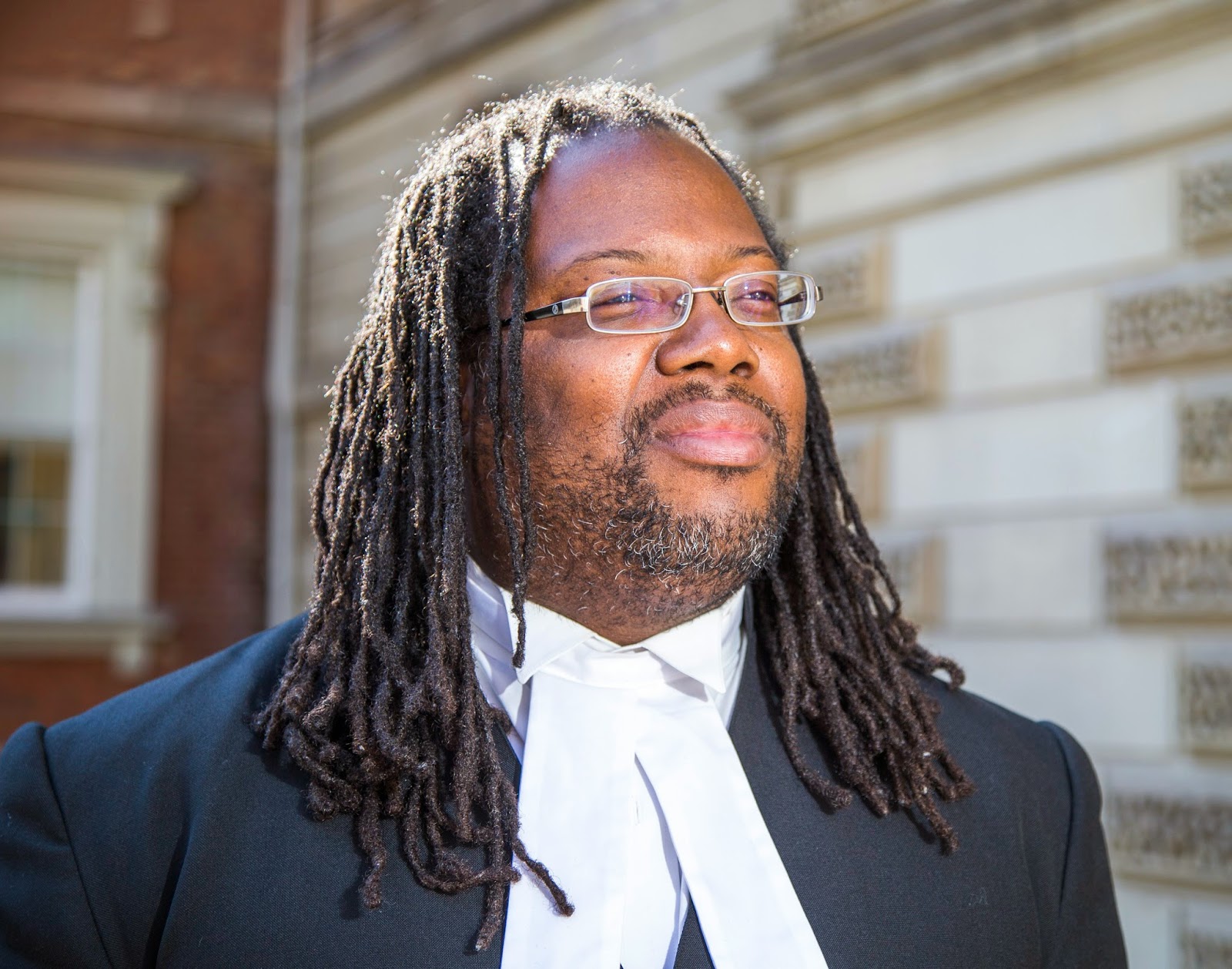 “Discrimination can take a variety of forms. Although some of them are easy to identify, others are less obvious, such as those that result from unconscious prejudices and stereotypes or from standards that are neutral on their face but have adverse effects on certain persons. The Charter of human rights and freedoms, CQLR, c. C‑12 (“Charter”), prohibits the various forms of discrimination and creates a remedy for victims of discrimination.” Commission des droits de la personne et des droits de la jeunesse, et al. v. Bombardier Inc. (Bombardier Aerospace Training Center), et al. 2015 SCC 39, para. 1.

The Supreme Court has release its decision in Commission des droits de la personne et des droits de la jeunesse, et al. v. Bombardier Inc. (Bombardier Aerospace Training Center), et al. 2015 SCC 39 a case of racial/ethnic discrimination in employment that will have national ramifications for all discrimination cases. The significant issue of importance to human rights practitioners and litigants is "whether Court of Appeal erred in requiring proof of causal connection between ethnic origin and exclusion?" In other word, do the modified "causal" which is imported from the Civil Code makes it virtually impossible to prove discrimiantion by importing a standard that has no place in human rights law?

The facts in this case revolves around a Canadian pilot of Pakistani background, Mr. Javed Latif, who in 2004 was offered a job to pilot Bombardier Challenger aircrafts and was denied training (which took place in Quebec, Canada and Texas, U.S.A) by Bombardier due his being listed as a security threat by U.S. authorities. (In order to access training under a U.S. Federal Aviation Authority license, he had to pass a security check required by the U.S. government’s Alien Flight Students Program given that part of the training was to be offered in the U.S.).

As a result, Mr. Latif was denied employment and had problems finding work as a pilot. He filed a complaint of ethnic discrimination with the Quebec Human Rights and Youth Rights Commission, which upheld his case and brought it before the Human Rights Tribunal. In 2010, the Tribunal ruled in his favour and ordered Bombardier to pay him $385,000 in damages and to cease using U.S. national security screening criteria when dealing with Canadian applications for a pilot training license.

Bombardier appealed the ruling to the Quebec Court of Appeal, which quashed the Tribunal's decision in the fall of 2013. The Human Rights Commission obtained leave to appeal the Court of Appeal decision to the Supreme Court, seeking the latter’s clarification on a number of issues.

As the only Quebec intervener in the Bombardier case, Center for Research-Action on Race Relations (CRARR) called for a “consistent, uniform and unequivocal evidentiary requirement for assessing discrimination claims … to guide all equality-seeking individuals and groups as well as all courts and tribunals in Quebec (and) in the rest of Canada.”

In upholding the decision of the Court of Appeal, the Supreme Court of Canada held that:

[49] In a recent decision concerning the Human Rights Code, R.S.O. 1990, c. H.19, the Ontario Court of Appeal found that it is preferable to use the terms commonly used by the courts in dealing with discrimination, such as “connection” and “factor”: Peel Law Assn. v. Pieters, 2013 ONCA 396, 116 O.R. (3d) 80, at para. 59. In that court’s opinion, the use of the modifier “causal” elevates the test beyond what is required, since human rights jurisprudence focuses on the discriminatory effects of conduct rather than on the existence of an intention to discriminate or of direct causes: para. 60. We agree with the Ontario Court of Appeal’s reasoning on this point. Moreover, this Court used the term “factor” in a recent decision concerning British Columbia’s human rights code: Moore, at para. 33.

[50] It is more appropriate to use the terms “connection” and “factor” in relation to discrimination, especially since the expression “lien causal” has a specific meaning in the civil law of Quebec. In civil liability matters, the plaintiff must establish on a balance of probabilities that there is a causal relationship between the defendant’s fault and the injury suffered by the plaintiff: J.‑C. Royer and S. Lavallée, La preuve civile (4th ed. 2008), at para. 158. The Quebec courts have defined this causal relationship as requiring that the damage be a logical, direct and immediate consequence of the fault. This rule therefore means that the cause must have a [translation] “close” relationship with the injury suffered by the victim: J.‑L. Baudouin, P. Deslauriers and B. Moore, La responsabilité civile (8th ed. 2014), at para. 1‑683.

[51] A close relationship is not required in a discrimination case under the Charter, however. To hold otherwise would be to disregard the fact that, since there may be many different reasons for a defendant’s acts, proof of such a relationship could impose too heavy a burden on the plaintiff. Some of those reasons may, of course, provide a justification for the defendant’s acts, but the burden is on the defendant to prove this. It is therefore neither appropriate nor accurate to use the expression “causal connection” in the discrimination context.

[52] In short, as regards the second element of prima facie discrimination, the plaintiff has the burden of showing that there is a connection between a prohibited ground of discrimination and the distinction, exclusion or preference of which he or she complains or, in other words, that the ground in question was a factor in the distinction, exclusion or preference. Finally, it should be noted that the list of prohibited grounds in s. 10 of the Charter is exhaustive, unlike the one in the Canadian Charter : City of Montréal, at para. 69.

On the issue of social context evidence, the Supreme Court of Canada held that:

It cannot be presumed solely on the basis of a social context of discrimination against a group that a specific decision against a member of that group is necessarily based on a prohibited ground under the Charter. In practice, this would amount to reversing the burden of proof in discrimination matters. Evidence of discrimination, even if it is circumstantial, must be tangibly related to the impugned decision or conduct. As a result, it was not open to the Tribunal in this case to conclude that B’s decision constituted prima facie discrimination under the Charter. The conclusion in this case does not mean that a company can blindly comply with a discriminatory decision of a foreign authority without exposing itself to liability under the Charter. This conclusion flows from the fact that there is simply no evidence of a connection between a prohibited ground and the foreign decision in question.

This again was emphasized in Pieters as well:

[121] In this case, I am not persuaded that any unfairness resulted from the Vice-Chair’s reference to Nassiah. The reference did not affect his disposition of what I regard to be the main issue in the case—whether the appellants’ race and colour were factors in their selection for questioning. At most they played a minor role in his finding that their race and colour were factors in the manner in which they were questioned. After referring to Nassiah, the Vice-Chair was careful to point out he had “already” made findings about the manner in which the librarian had questioned the appellants. The librarian had “interrupted [the first appellant] while he was on the telephone and, it appears, did not introduce herself to the applicants and [the articling student]”. Furthermore, “[f]rom all the evidence, including the personal respondent's testimony of how she generally carried out this function”, the Vice-Chair concluded that “the blunt and demanding manner in which she asked her questions was not how she would approach and question persons that she imagined were lawyers and had a right to be in the lounge”. These findings of fact relate to the particular encounter in this case; they are not based on generalizations drawn from social science.

Unfortunately for Mr. Latif the Court held that he had not discharged the legal burden of proving discrimination on a balance of probabilities, and that a prohibited ground of discrimination is one factor involved in the decisions or actions on the part of the employer that are alleged to constitute a violation of the Quebec's Charter.

Mr. Selwyn Pieters, co-counsel for CRARR at the Supreme Court of Canada.

by John Mastrangelo — The Court